Last week, my family made the trek from Northeastern Wisconsin to the Portland, Oregon area. This said family included: me, a husband, a two-year old, a one-year old, two cats and a dog. If you’re like everyone I have ever talked to, you’re thinking that I need a brain transplant to do something so masochistic. Truthfully, you might be right. However, I am here and everyone made it alive and relatively unscarred.

With that being said, there were a few bumps along the way. I did my best while planning to Google as many helpful checklists as possible and most stated the obvious like, “bring water for your dog.” If you need that kind of a tip, you have a long way to go before you’re ready to move. These tips are for those who want to expect the unexpected. You already know all of the living beings in your care need sustenance and sleep, yet you feel “underprepared.” That’s why I am here. But, take it from me, you’ll never be ready.

1. Sell Your Shit: I am serious. Throw it on Facebook, a rummage sale or the curb. Once you research the difference between a Uhaul trailer and a truck or moving company you’ll see what I mean. Moving across country does not give you the $19.99 trailer rates. Look at that drill team flag from high school and ask yourself, “Is this worth $1500?” The answer, hopefully, is fuck no.

Also, you will probably need the money. Whatever you think it’s going to cost during the move, double it. Triple it, even. Right now, your brain is clear and logical, but at 9 pm at the last town before the Rockies when your kids are pulling at their car seat restraints like hostages you WILL stop at Walmart to let them pick out anything from the store to shut their little pie holes. Tablet? Sure. Dollhouse? Sure. Electric can opener? Have at it.

2. The Cats:
Don’t be an absolute boob and carry the cats from the house to the kennel that is already packed in the car. For the love of God, please remember this. Otherwise, you will be bleeding from your eyeballs while wrenching your beloved Fluffy out of your bushes, in the dark, at 6 am.

Also, put them in a crate big enough to hold the litterbox. If you think for one hot second your cat is going to poop on a harness like your dog, you’ve got another thing coming.

You’ll want to find Motel 6 locations along the way for the dog, but if the weather permits, the cats will be just fine in the car for a few hours with food and water while you sleep. That is, unless you want to lug a giant kennel with a litterbox full of shit and two screaming cats into a hotel at 10 pm with two children and a lunatic dog at once. I didn’t think so…

3. PAY ATTENTION: You aren’t in Kansas anymore, Dorothy. What do I mean? Well, on day two of the journey, we stopped at the Painted Canyons rest area. I took loads of gorgeous pictures and was so ecstatic about the view that while carrying my two-year old to the restroom I almost walked right into the ass of a buffalo. Literally. It was just sitting there in line like a gentleman. It doesn’t end there either, at rest stop two I let my son run around in the grassy area to burn some energy off and didn’t notice until pulling out of the stop that there was “Rattlesnake Warning” sign posted about every three feet. Mother of the Year?

4. Entertainment: If you’re like me, you’ll think you deserve a Purple Heart for downloading Despicable Me 2 onto your newly purchased iPad as a treat for your toddler. Well, after three days of hearing the squeak of Minions incessantly until your ears burn, you’ll have wished you downloaded every animated film ever created in hopes for some variety. We both know that won’t matter, though. He’ll still pick the Minions every. fucking. time.

Side note: Don’t be an imbecile and leave your iPad off airplane mode. Otherwise, your head will explode when you realize he has somehow managed to be watching YouTube videos of Yo Gabba Gabba on the network simultaneously draining your data usage and bank account.

5. Cheer Up! Yes, this is going to be more stressful than the delivery room. But, there are so many amazing experiences along the way. When your kids see mountains for the first time in their short, precious lives and yell, “Mama, this is AMAZING!” It will be worth every hour of smelling the cats’ latest hot shit piles. Your heart will smile and you will know it was all worth it. 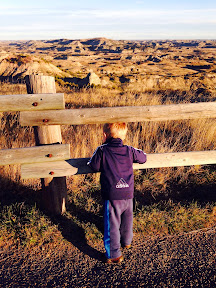 1 thought on “Family Cross-Country Move: The Shit You Don’t Think About”